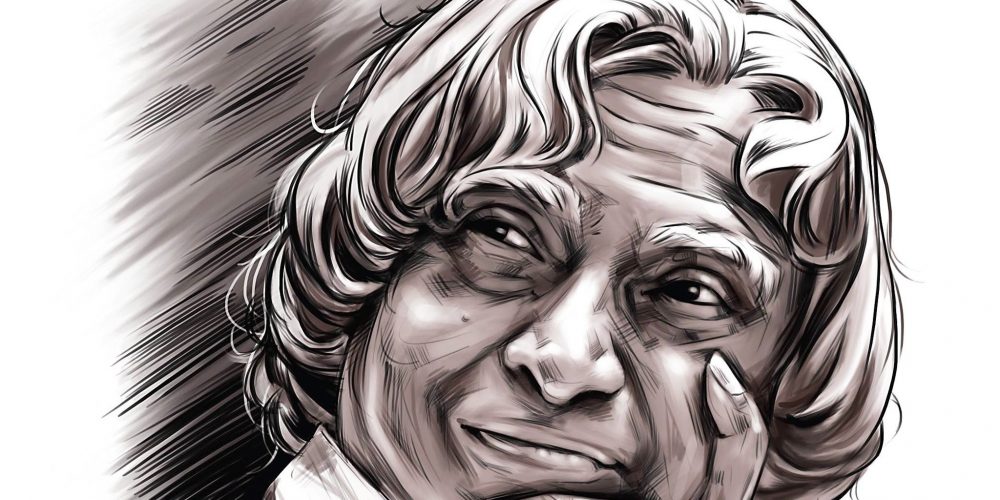 A P J Abdul Kalam was just a name to me until sometime in 2000, when I had to necessarily meet him on a personal mission. I was CBI Director, and he Principal Scientific Adviser to the PM. He had his office in South Block and the meeting was arranged courtesy my college classmate T S Vijayaraghavan, Secretary, Defence Production.

Without a fuss or being a man in a hurry, Kalam listened to me with great interest and concern. This was a case of a close relative being harassed by an officer working under Kalam. This was a purely domestic dispute and Kalam did the trick. Through his lower formation he advised the obnoxious government employee to keep off the victim, a humble private sector executive. It worked, and worked most effectively.

I was flabbergasted by the courtesy extended to me and the follow-up which Kalam did much to my astonishment. If I were Kalam I might have asked the complainant to get the grievance redressed through the police and not bother me over what was purely a case of domestic conflict. The episode left an indelible impression on me.

Need I say I try in a very small way what Kalam demonstrated that day. Our lives are worthless if we do not learn from the compassion displayed by others and labour ceaselessly to leave something behind us for people to remember us, fondly and gratefully. Kalam was known for thousands of such acts of kindness to ordinary people who had nothing but their love to return in gratitude.

Kalam assumed office as president two years thereafter. I vaguely remember sending in the perfunctory congratulatory message but did not try to meet him possibly because of the high office he held.

Sometime later I sent him a copy of my Frontline article on police reforms, especially the National Police Commission recommendations. I was absolutely certain that I would not get any response. Much to my surprise I received a brief warm letter from President Kalam acknowledging the article and requesting me to meet him in Delhi to discuss the subject.

I cannot explain why I did not follow up this genuine suggestion. My reservation whether a president could persuade the executive to alter a well-entrenched system? Or was it just an innate shyness and a sense of awe of meeting the country’s first citizen, when I was just a private individual holding no office? I find it hard to speculate.

Subsequently, two or three years ago, I had the privilege of sharing the dais with Kalam on the occasion of the inauguration of a private forensic laboratory in Chennai. He spoke to me briefly and asked how I was. I was touched and felt flattered. He was as bubbly as ever when he spoke from a text on his iPad. Incidentally, this was the first time I ever saw somebody using technology so efficiently!

Kalam’s rise was meteoric. He may not have been the super technologist or scientist as some believed. He did not himself make any such bogus claims. What marked him out was his supremely commendable willingness to learn from others and offer generous praise when it was due. He got the best out of the scientific community. In this sense he was a true leader, who encouraged innovation and never snatched glory from others. You cannot say the same of many of the rest of our scientific community.

What I will forever remember him for was his personal integrity. This stands out in bold relief during the current times of greed and venality. As a bachelor he may not have needed the money that we all need to run an establishment. But then he had siblings and their families to support. It was unique that he never allowed them to scrounge on him.

It is widely known that when they visited the capital once during his presidency, he paid for their board at Rashtrapati Bhavan. This could be described as eccentricism of the highest order. But then how many of our contemporaries would be scrupulous? Here he shared the quality of another illustrious son of Tamil Nadu, Rajaji, whose austerity as India’s first Governor-General is still remembered.

“There are 3 C’s to success-” Concentration, Consistency and Co-operation”! Ms. Priyanka Singh

Above all, the country will remember him as an outstanding secular human being. He was born a Muslim but never flaunted this in whatever he did. He rose above petty religious sentiment and displayed a unique sensitivity to other religions. In this he was closest to being a Hindu: a vegetarian who could recite so much of Hindu scripture.

His fondness for Carnatic classical music is widely known. He adored the music of M S Subbulaksmi and was particularly fond of Saint Thyagaraja’s kriti (song): Entharo mahanubavulu , andariku vandanamulu, which translates as: ‘salutation to all those great men in this world’. This was a Pancharatna kriti that MS rendered with such feeling. Whenever we hear this composition, Kalam will be remembered as one of those great men whom we will offer a reverential ‘vandanamulu’.